Before Collapse: A Political Theory of Climate Catastrophe

I am currently completing a book project entitled Before Collapse: A Political Theory of Climate Catastrophe. The manuscript investigates what exactly counts as a “climate catastrophe,” and what catastrophic climate change portends for political societies. While much of the existing literature tends to answer these questions in the language of property damage or human casualties, I draw on empirical studies of societal collapse to develop a more explicitly political account. I argue that climate change is politically catastrophic in the sense that it threatens material scarcity so extreme and enduring that many will be unable to meet their basic needs without denying others the ability to do the same. Under these zero-sum conditions, realizing or sustaining fair and uncoerced forms of social cooperation becomes impossible, thus critically endangering (the possibility of) democratic governance.

Clearly, preventing or at least limiting climate catastrophe is imperative. But (how) should we proceed if necessary climate policies—like drastic reductions in greenhouse-gas emissions—create or reinforce inequality? Many climate ethicists maintain that fairness principles constrain what we can expect any country, group, or person to sacrifice. “Climate realists,” on the other hand, claim that preventing or mitigating catastrophe may be impossible without imposing (at least some) unfair burdens or development delays on relatively poor states like China or India. The position I defend integrates key elements of both views. With the realists, I argue that, when faced with credible threats of politically catastrophic climate change, we must take action even if it comes at the cost of any particular instance of fairness. Yet, pace the realists, I locate the imperative for action in a concern for justice itself: we aim to avoid catastrophe (in part) to preserve the conditions in which justice can be meaningfully practiced. Moreover, with the ethicists, I argue that trade-offs between effective action and fairness are justified only if accommodating the latter is impossible, which is not the case today.

This last point comes into focus when we consider how to assign responsibility for greenhouse-gas emissions. On the prevailing production-based accounting (PBA) method, emissions are attributed to the states in which they are generated. This conceals “colonial emissions”—i.e., emissions generated within poor and developing states in the production of goods or services consumed in wealthy countries. Exploiting recent empirical economic analyses, I show that we can correct for this off-shoring of emissions by adopting a consumption-based accounting (CBA) method, which assigns responsibility for emissions to those countries in which goods and services are consumed. Application of this “consumer-pays” approach, I argue, would create a more just and environmentally effective distribution of burdens.

But what if reducing emissions is no longer enough? Years of inaction have committed us to dangerous levels of warming worldwide. This, in turn, is fueling interest in “emergency back-stop” solutions like geo-engineering (GE)—i.e., the deliberate, large-scale manipulation of the earth’s climate system. Many policy-makers now believe that certain GE proposals offer a comparatively inexpensive way of mitigating the most harrowing, down-stream effects of climate change. Drawing on Buddhist and Aristotelian ethics, I argue that even if GE could prevent (or indefinitely postpone) climate catastrophe, it should remain a last resort. This is because GE threatens to sustain environmentally destructive appetites that invariably result in injustice and unfreedom. By moving away from pure cost-benefit analyses of GE, and an exclusive reliance on modern Western political theory, this chapter offers a novel way of assessing the “emergency” options available to us, should ordinary climate action (mitigation and adaptation) no longer prove sufficient.

The manuscript is nearing completion, and two chapters have been accepted for publication as standalone articles: “What’s the Problem with Geo-engineering?” is forthcoming in Social Theory and Practice, and “Allocating the Burdens of Climate Cooperation” was recently included in an edited collection called Transformative Climates and Accountable Governance. 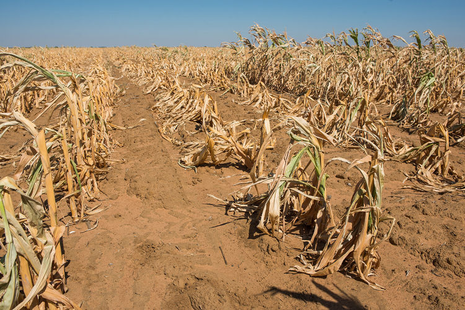 Before distributing a book proposal to publishers, however, I am preparing two final chapters. The first examines the relationship between climate change and political legitimacy, through the prism of the emerging debate over “authoritarian environmentalism.” While most political theorists claim that democracy or the protection of individual rights is essential for legitimacy, I argue that there is another, more fundamental factor: the ability of the state to ensure basic safety. I argue moreover that, to the extent that standard legitimation factors inhibit efforts to preserve safety, we may justifiably relax or suspend them until normal conditions are restored. In a war, for instance, curtailing speech or assembly rights may be necessary for expediently ending the conflict and restoring safety. Climate change poses a similar threat. Consequently, political legitimacy may not only be compatible with a more “authoritarian” approach, it may even require it—particularly if liberal-democratic norms or institutions limit effective action. This argument is not an endorsement of authoritarianism but a warning: should we wish to avoid legitimating authoritarian politics, we must do all we can now to prevent climate change from becoming an emergency that can only be solved by authoritarian means.

A common response to illegitimacy is civil disobedience. This comprises the focus of the second new chapter, which investigates the use of the “necessity defense” in legal proceedings related to climate disobedience. The necessity defense is a part of the common law tradition that renders legal transgressions permissible under exigent conditions. I argue that climate disobedients’ use of this defense should not be understood simply as a means to avoid punishment, but as an attempt to reassert authority over industries and practices that threaten the collective vitality of their polities.